Larry Broughton is an award-winning serial entrepreneur and CEO, bestselling author, mentor, keynote speaker, and veteran of the U.S. Army's elite Special Forces. As a former Staff Sergeant, serving 8 years on Special Forces A-Teams (commonly known as the Green Berets), Larry has parlayed the lessons learned from his time in service to his country and applied them to the business arena attaining extraordinary success.

He is the Founder & CEO of broughtonHOTELS, a leader in the boutique hotel industry; BROUGHTONadvisory, a strategic vision, elite team building, and transformational leadership training company; as well as yoogozi.com, an inspirational online learning forum for leaders and high achievers.  Larry has received several business awards, including Ernst & Young’s Entrepreneur of the Year®; the National Veteran-Owned Business Association’s Vetrepreneur® of the Year; Coastline Foundation’s Visionary of the Year; Passkeys Foundation’s National Leader of Integrity; and Entrepreneur Magazine included his firm on their Hot 500 List of Fastest Growing Private Companies.

Larry’s upbeat, creative approach to business has been featured in news articles from the Los Angeles Times and New Your Times to Bloomberg Business and Entrepreneur Magazine.

Larry has authored and co-authored several articles and books on leadership, team building and entrepreneurial significance, including VICTORY: 7 Entrepreneurial Success Strategies for Veterans and his most recent FLASHPOINTS for Achievers.  His upbeat, creative approach to business and life have also been featured on national radio shows and podcsts, and TV programs on every major network, including multiple appearances on CNBC’s The Big Idea with Donny Deutsch, MSNBC’s  Your Business with JJ Ramberg, and Travel Channel’s hit show, Hotel Impossible.

Larry has presented to, coached, and mentored thousands of current and aspiring leaders and entrepreneurs across the country.  He has delivered keynote addresses and training programs on topics including entrepreneurship, leadership, team building, and overcoming fear and failure to Fortune 100 firms, universities, non-profits, medical facilities, and even the Pentagon’s Office of the Chairman of the Joint Chiefs of Staff. 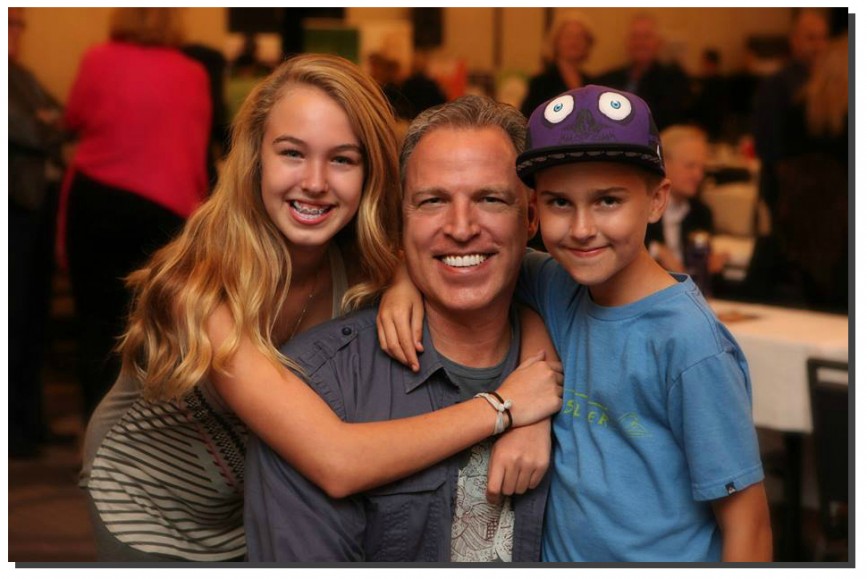 Larry lives & works in Orange County, CA; and is blessed with a beautiful daughter, Emily; and dashing son, Ben. They offer consistent inspiration to him, and are daily reminders of God's blessings, and the importance of priorities and freedom.

Larry has attended the Executive Program at prestigious Stanford University; studied Russian at the world-renowned Defense Language Institute; and Political Science at University of California, Santa Barbara and at College of San Mateo.